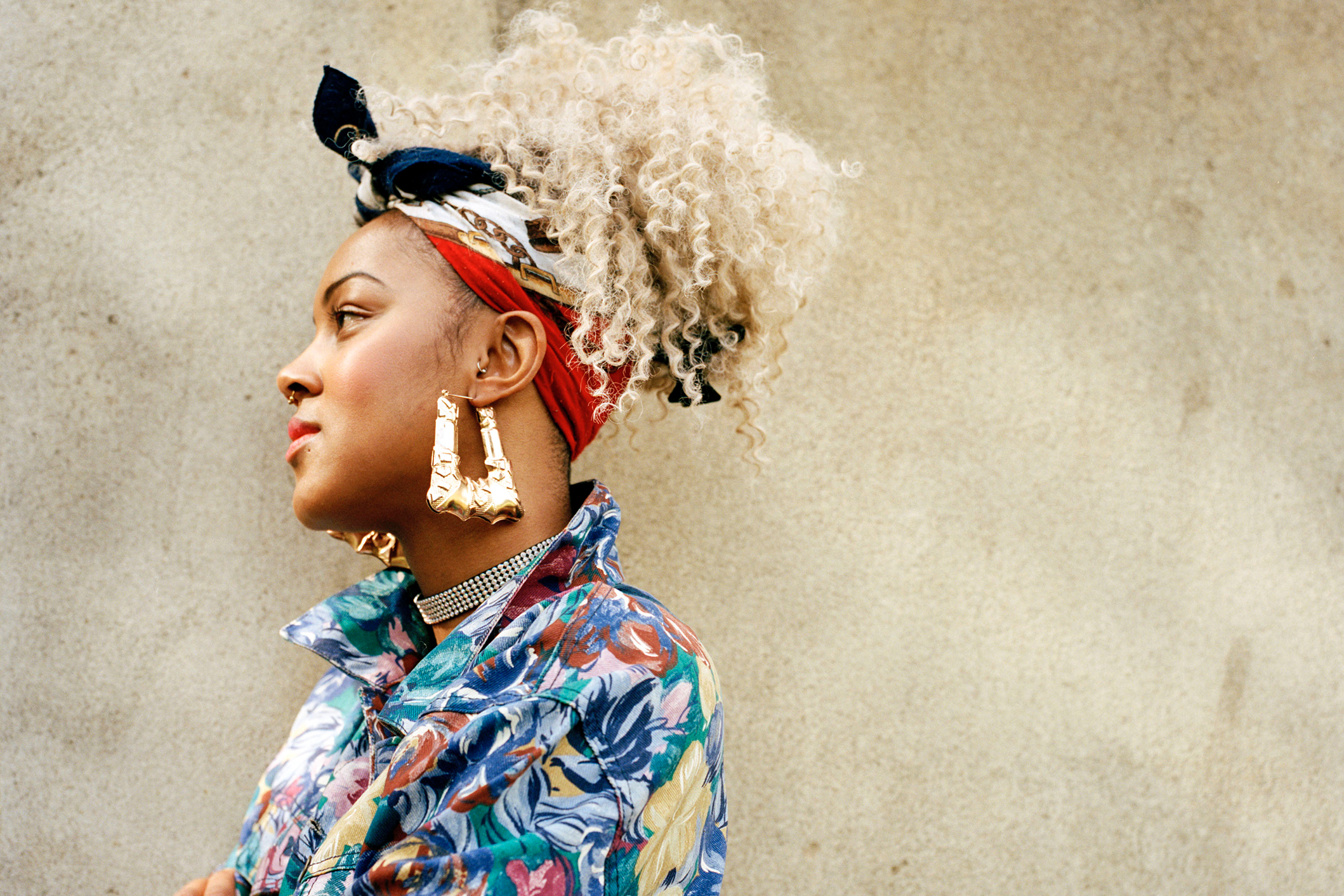 We spoke to director & photographer Lou Jasmine about how understanding Black Joy, as well as Black trauma, will be essential in the new cultural landscape.

Lou Jasmine is a London-based photographer & director, specializing in culture and music-based documentary, portraiture, and visual content. Her recent work has explored positive themes like Black pride and joy in the midst of a challenging year.

You left your job in the television industry to go out on your own as a freelancer early in your career. What led you to make that decision?

I grew up always being told that I could be whatever I wanted to be. The idea that I couldn’t, because I was a woman, or because I was Black, never crossed my mind—until I started working in television. As I progressed, I realized that the same labels that were being attached to me were attached to people who look like me.

What do you think experiences like yours say about the current state of the TV and film industry, and where it is headed?

Broadcast panels are saying, ‘We have more diversity on screen’, but who’s behind the scenes making these programs? A bunch of white men and white women. Again, there are no non-white people at the decision making level, so it feels dishonest.

It’s incredibly sad that people get to a certain level, and they feel like they can’t progress any more, and like they are being forced out and left to work it out for themselves.

Do you see this type of racism burnout as a systemic problem among young Black professionals?

I did a project with WeTransfer called ‘Make It Real’ that looked at how Black women are the fastest growing demographic of entrepreneurs. There’s a reason for that—it’s because we’re not getting opportunities from the system, so we’re creating them for ourselves.

As a freelancer, I’m no longer beholden to people anymore. I have no one dictating the stories I can tell or stunting my growth because of their unconscious bias. When people want to work with me, they know what they’re going to get and they understand my ethos as an artist.

On your Instagram profile, you have a powerful highlight on your stories entitled Black Joy. Can you tell us about it?

When the protests were happening this summer, so many of us came out and said, ‘You know what, I’m tired. I’m so tired’. Black people have been protesting and processing for years. We know the stories, we know the books, we know the lingo.

So what I decided to do instead was create a feed on my Instagram stories called Black Joy, where every day, all day, I dug out images I loved of Black people and posted them. The feed got shared with a lot of people, and it ultimately served as a form of respite for those of us who needed some time out from all the trauma.

“When the protests were happening this summer, so many of us came out and said, ‘You know what, I’m so tired. Black people have been protesting and processing for years. So what I decided to do instead was create a feed on my Instagram stories called Black Joy.”

For people that are hearing the term: Black Joy for the first time, can you share what it means to you personally?

I define Black Joy as truth and freedom. It’s bright, brilliant and that’s why we love to look at it and love to see it because Black people are all so used to being slightly policed in one way or another. We are used to putting on different masks for protection when we are in society.

Black Joy reminds me to always step into my truth and always be myself, and that being myself is brilliant. It shows me there is no pressure to aspire to be something that I’m not, that I am enough and so are all the amazing other Black people that we see.

What role does documenting and portraying Black Joy play in your work as a director and photographer?

Black Joy is a huge part of my work. It’s integral. I’m quite an optimistic person anyway, and so I like to bring that sense of joy and freedom to my work. It’s really important to me as a storyteller because this is what defines us and it’s also how people will look back at my work in 10 to 20 years. I want them to see that amongst the pain and the struggle and the difficulties, that there was so much joy, truth and freedom.

The fight for freedom doesn’t always look like a battle, the fight is in the documentation of it. It’s saying, ‘We were here, and this is what we looked like at this time—and our history is a lot more diverse than many would have you think’.

“I define Black Joy as truth and freedom. It reminds me to always be myself, and that being myself is brilliant.”

Is the world seeing enough Black Joy represented in the shows, movies, books and magazines we watch and read?

Not at all. Black Joy is incredibly important for the world to see more of, and we need to be really relentless in that pursuit, because the narrative that we see more often than not in the mainstream media doesn’t support that. It doesn’t support that we can be joyful and brilliant and beautiful, and it doesn’t always support that our lives can be wonderful and filled with positivity and light.

So, we need to be taking control of that narrative ourselves. Pain and struggle is part of our story, but there is so much more to our stories and we need to show the diversity of our people and community.

This is such an important point, yet one that doesn’t seem to be coming through enough in the current conversations non-Black people are having around anti-racism allyship right now. Why do you think that is?

If you look back at what’s been in mainstream culture about the Black experience for decades, it’s trauma. And so, collectively, and culturally, if people only see Black trauma throughout the ages, they only know how to process that. They haven’t seen Black Joy very often, and so they don’t know what to do with it.

“People need to be consuming Black Joy alongside books about racism.”

A lot of people think, ‘Oh, I can read some books’, and, ‘Oh gosh, isn’t that sad? I’m going to do my best to change’. Which is good, we absolutely need that. But, how about you understand me on a cultural level too, as a person? I want people to understand the cultural importance of the electric slide, for example. That’s the type of thing people aren’t consuming on social media and in the news right now, but should be.

People need to be consuming Black Joy alongside books about racism. Because then it’s not about trying to read up on the history of something, it’s about talking to Black people, watching movies, listening to music. It’s the whole thing, because we are a whole culture. And this is why we need to keep pushing the joy, and one really important way we can do that is through the media.

For young Black creators who are aspiring to be in–or are just starting out in–TV and film, what one piece of advice would you give them?

Believe in your art. Don’t focus too much on what other people do or think, and don’t diminish the value of your Black perspective. Until more Black and non-white people are represented at all different levels behind the camera, we will never be fairly represented in front of it.