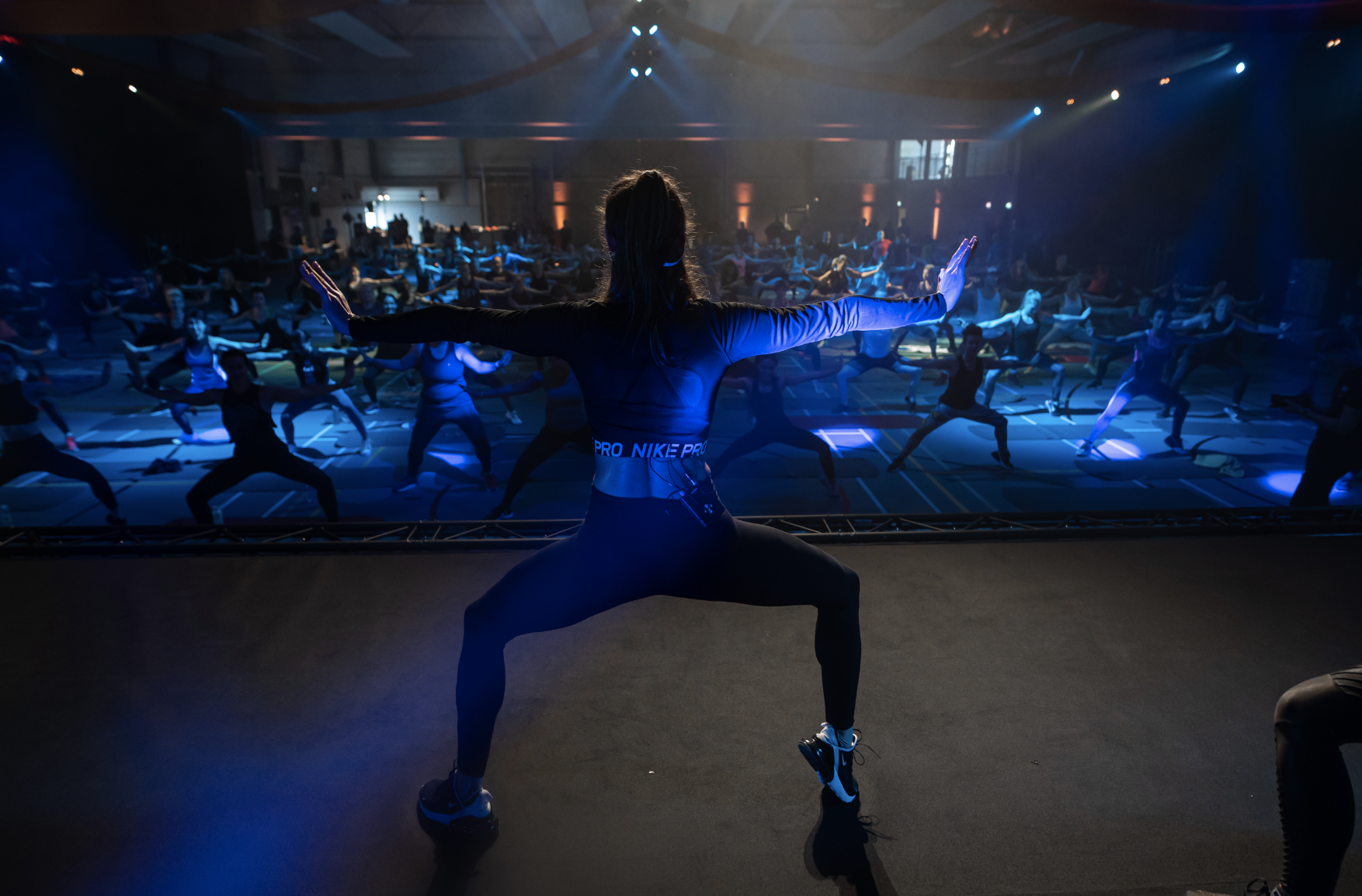 We spoke with Rowen Aida, an instructor at Soulcycle, to learn about the euphoria of group fitness, why tears are always welcome in her classes, and why people keep crediting her for changing their lives.

Rowen Adia rose to local fame as one of Rocycle’s most popular cycling instructors in Amsterdam, before moving to London in 2019 to become one of Soulcycle’s first European instructors. Rowen has seen first-hand the power of building community through fitness, and is a firm believer in its ability to build people up. Follow Rowen and her fitness journey on her Instagram @rowenaida.

Rowen, people swear by the spirituality of group classes like Soulcyle and Rocycle. What is it about the environment that makes people feel so spiritual?

The studio itself is dark. It has candles, the music is blasting. It’s a spiritual feeling to be in a room with 60 people, 60 bikes, pitch dark, with candles. People feel the freedom to cry, to scream, to vibe.

It creates a really powerful environment and gives you a different mindset. You feel proud, motivated and accepted; like a part of something bigger. After class you feel euphoric too. You have so many endorphins pumping through your body, and you’re so open-hearted and open-minded.

It sounds like the spirituality lies in the sense of community it creates.

Yes! Boutiques breed this feeling of community. That you’re doing this together and that you have each other’s back; you’re never alone. People want to feel part of something bigger.

A lot of athletes or people who practice sports a lot might have that feeling already, but I think 90% of people who come out to group classes are searching for something more. They don’t want to be lost in a gym where they’re anonymous, where they’re just one of the thousands of people who come during the day. When you walk into a boutique they know your shoe size and your name. People start to love it because they are appreciated and because they are part of a group.

What have been the most meaningful moments for you, as an instructor?

Last summer I had my 1,000th ride and Rocycle arranged for all the riders to leave a card or a note in a box. It took me months to get through those cards. I get goosebumps when I think about it.

Some anonymous, some with names, all thanking me for changing their lives and their perspective on themselves. Someone shared that they quit their job and bettered their life because of things I said. Someone else said that they broke off a relationship after years of doubt and finally felt free.

“Someone shared that they quit their job and bettered their life because of things I said.”

I also once had one man in Amsterdam who used to ride with me at least 3 times a week. He came up to me one day and said, ‘I lost my wife from cancer a year ago, and this year your classes have been my therapy.’ He told me that everything I said in class felt like I said it to him. That was really special too.

Last year you underwent intensive training to become an instructor at SoulCycle. I’m sure that training wasn’t just about how to ride a stationary bike. Can you tell us more about what goes into becoming an instructor?

No no, not at all. It’s so true, it’s more about the spiritual side of working out. It’s almost like the concept is explained, and at the end of the explanation it’s like, ‘oh and it’s on a bike’. During the training you learn about the many different aspects of how to build community.

What does spirituality mean to you?

To me, acceptance, open-heartedness and open-mindedness is what defines spirituality. It’s accepting everything the way it is. Accepting where you stand, who you are, and opening your heart and mind to that. The second that I block that, or I get frustrated, or I’m in a rush, that’s where I lose my entire connection or flow.

How has being an instructor in the SoulCycle and Rocycle community impacted your spirituality?

That is such an interesting question. It really has been the craziest guidance for me, because everyday I remind myself to not lose my connection. The funny thing is that since I’m teaching, it’s not like I don’t get negative feelings.

I can be jealous, I can be angry. But the fact that I just reminded someone else in a room to let those things go makes me handle it differently. It’s almost a responsibility I have to take.

Where do you see fitness classes evolving in the next 5 years?

We’ve been focusing for so long on looks. It’s been such a big hype. You know, burn calories, lose weight, look good. I hope that the concepts that are still obsessed with muscles and look of the body find a better way of inspiring people to take their classes.

Download the full report by subscribing on our home page.