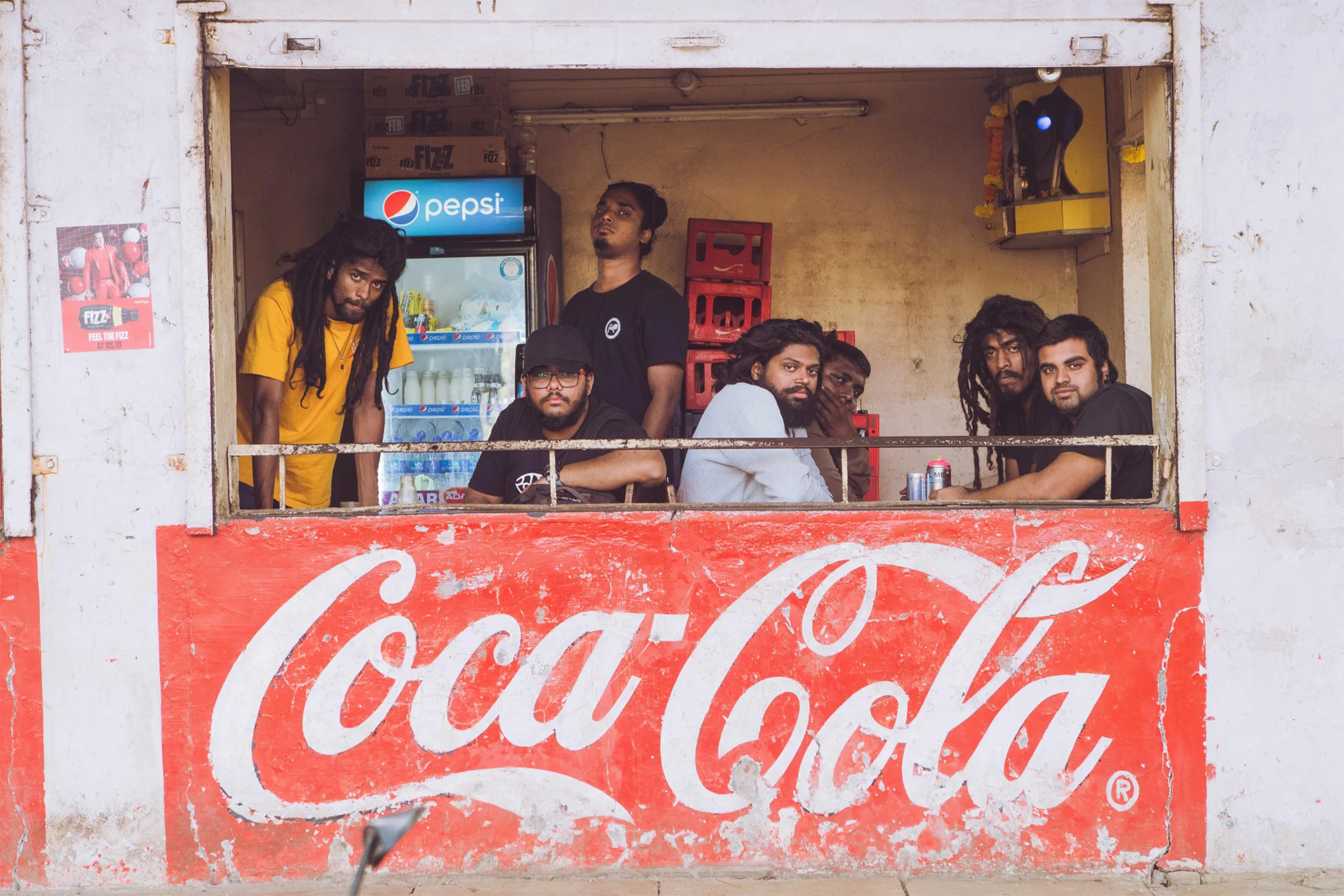 We talked to Uday Kapur, co-founder of Azadi Records, about what it truly means to open up music to people from all walks of life.

Uday Kapur co-founded Azadi Records, an independent New Delhi-based record label, in 2017. Though fresh to the industry, Azadi Records is already making waves in the music scene for its dedication to platforming voices previously ignored by the mainstream music industry. Named one of GQ’s 50 most influential young Indians in 2018, we sat down with Kapur to find out more about his label and the mission that drives it.

Uday, your mission as a music label is quite unique. Can you tell us a bit about where the inspiration to start it came from?

The main driving force behind the label stemmed from my experience working as a music journalist and artist manager at one of India’s biggest music companies, Only Much Louder.

The unwillingness to bet on artists who didn’t come from one of the traditional metropolitan cities— Delhi, Mumbai, Bangalore or Calcutta— was baffling to me. I felt like the whole industry congratulating themselves and celebrating the success of the ‘Indian’ music scene was extremely hypocritical. How can artists belonging to only the privileged classes represent the cultural output of an entire country?

"How can artists belonging to only the privileged classes represent the cultural output of an entire country?"

Right. So the goal became, let’s challenge the status quo on who gets a voice?

Yeah. It became important for us as a label to find and nurture artists from marginalized communities, so that an accurate picture of the art and culture created by our country could be presented to the world. Our industry primarily relies on brand support, which means artists rarely speak their mind on issues in fear of rocking the boat and losing work. So one of our guiding principles is to give our artists the freedom to speak about what they want.

We spend a lot of time figuring out what the issues are in their community and what they want to speak about. Then we build a story around that and piece it together song by song. So the focus of their album ends up being on a story or issue that isn’t being talked about, or is under-represented.

What types of communities do the artists on your label come from?

Given the sheer amount of diversity in India— in terms of religion, culture and language— we prioritize the artists we work with by taking into account what’s going on across the country at that moment.

So, for example, we’ve recently started working with two really promising artists from the world’s most militarized region, Kashmir. Given what the government of India has done recently, and the general misrepresentation of the Kashmiri people in the Indian media, it’s become important for us to support voices from the region. They can tell us what is going on and help us understand their hopes, frustrations and aspirations.

Finding new talent in these regions sounds like it comes with some challenges. How do you go about discovering them?

It’s mostly off the internet. A lot of nights spent shifting through Youtube and Soundcloud. Because we’re actively looking for narratives that aren’t being covered in mainstream India, finding them is easier.

One of the advantages we have is that we also scout and do shows in cities and regions that the rest of the industry won’t even bother looking in. We are the only people going into villages and conflict ridden areas to look for talent, and we are the only ones that have done a show in Kashmir in the past 6-7 years.

"The legacy we want to leave is really just to have provided an honest documentation of the society and times we lived in."

By giving these artists a platform, what conversations are you trying to spark within Indian society?

Our end goal is to democratize the industry and make it accessible to people from all walks of life. By going against the grain and trying to dismantle the barriers that excluded these communities from the music industry, we are making a political statement.

We’re also putting these perspectives out in the world at a time when critiquing the government and society is being suppressed. What’s important to us is to not preach or co-opt someone else’s struggle or pain. We provide a support structure so people from these regions can come and tell first-hand accounts of the issues facing their communities.

What made you decide to start these conversations through music, and not more traditional forms of media?

In most countries young people have shifted to smart phones. The older generations are watching the news on TV, but everyone else is getting it on Whatsapp, Facebook or Youtube. So music then becomes the best platform to speak to them on.

What legacy does Azadi Records want to leave in the world?

The legacy we want to leave is really just to have provided an honest documentation of the society and times we lived in. 50 years down the line, if you want to know what a particular part of Delhi was going through in 2017, there’s an album for that.

What was going on in Kashmir in 2019? There’s an album for that. We’re a generation consuming fake news and propaganda at an unprecedented level. In such a scenario, the most important job we have as creatives is to make sure history is not rewritten or erased, and that we remember our failures and successes as a society accurately.

Any plans in the future we should know about?

A lot of kids come to us saying they want to be artists or musicians, but only a few of them will be able to make it. Rather than discourage them, we want to show these kids how they can be a part of the community and music they love by training them to be culture journalists, DOPs, and sound engineers.

Sounds like a great initiative. One last question: if we want to get an honest look into Indian society today, which one of your albums should we listen to right now?

I’ll give three because all three of them speak to the most important issues in the country right now: the occupation of Kashmir and the rise of fascism in mainland India.

Download the full New Society Rules report by subscribing on our home page.